Thrills and Spills at BC High School Boys' Provincial Sevens 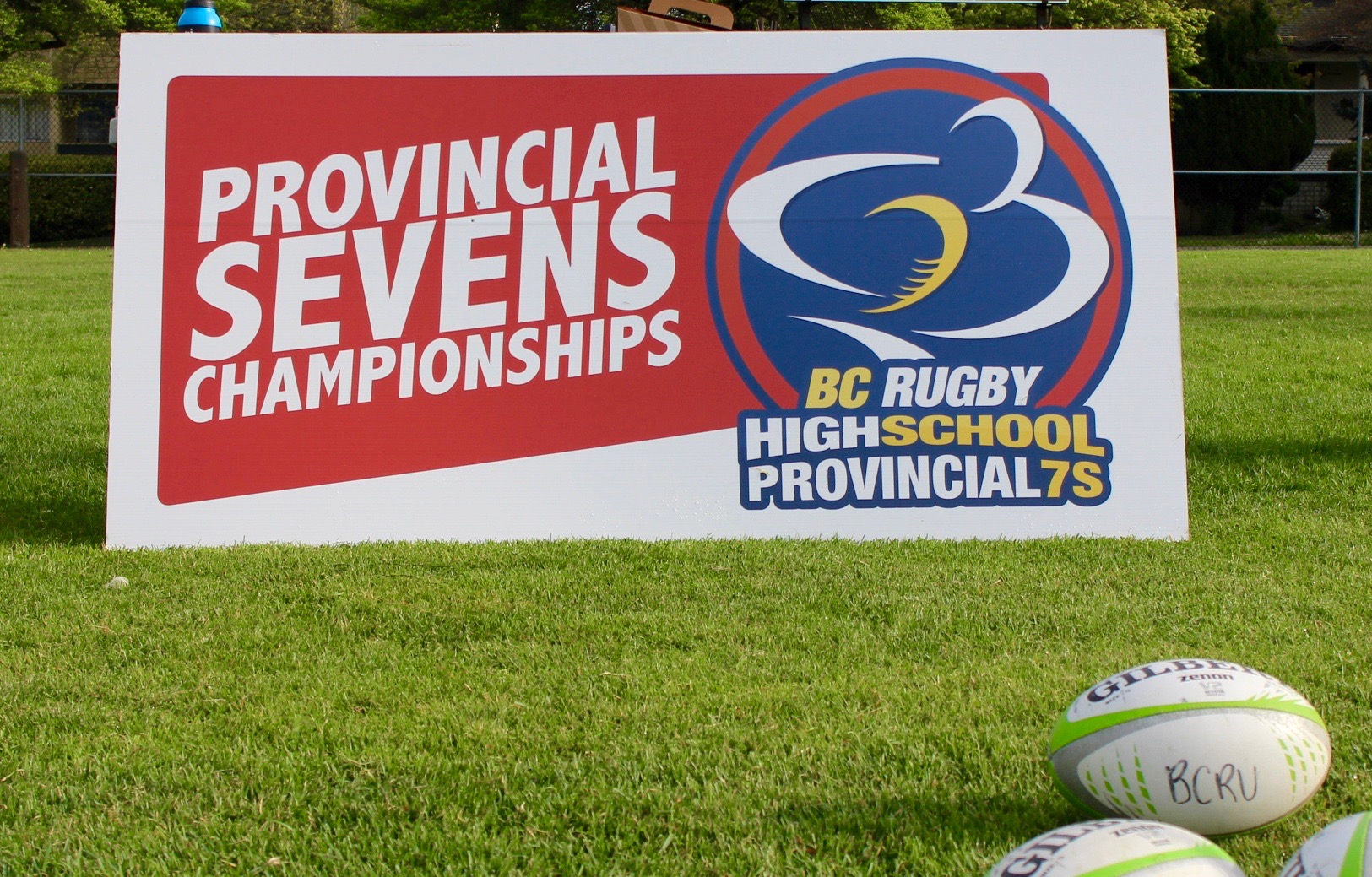 A thoroughly successful BC High School Boys’ Provincial Sevens Championships concluded this weekend after two days of thrilling rugby action.  Over the 9th and 10th of June, 24 teams representing 22 schools competed across the Tier 1 and Tier 2 groups.  It was magnificent to see rugby talent from across the province being represented, with teams coming from Okanagan, Prince Rupert, Fraser Valley, Sunshine Coast and Vancouver to join the Island teams.  Brentwoood College School played host to the tournament this year and it was widely agreed that they did a fantastic job.

For the first time, the tournament included a celebratory dinner on the Friday night, with Luke McCloskey of the Canada Sevens team as a guest speaker.  Hopefully his words detailing his pathway to the national squad and experiences on the world circuit struck a chord with many young players in the audience.

On the field, there were some excellent displays of individual skill and athleticism, as well as solid and tactical team play throughout the weekend.  For some teams, the tournament was a valuable opportunity to gain experience.  Both Aberdeen Hall and Mt. Bouchrie took on the challenges from Tier 1 oppositions admirably, and will be hoping to build on these performances in years to come.  It was fantastic to welcome Charles Hayes all the way from Prince Rupert as well as Elphinstone from the Sunshine Coast.  Hopefully both will become a familiar presence in future tournaments. 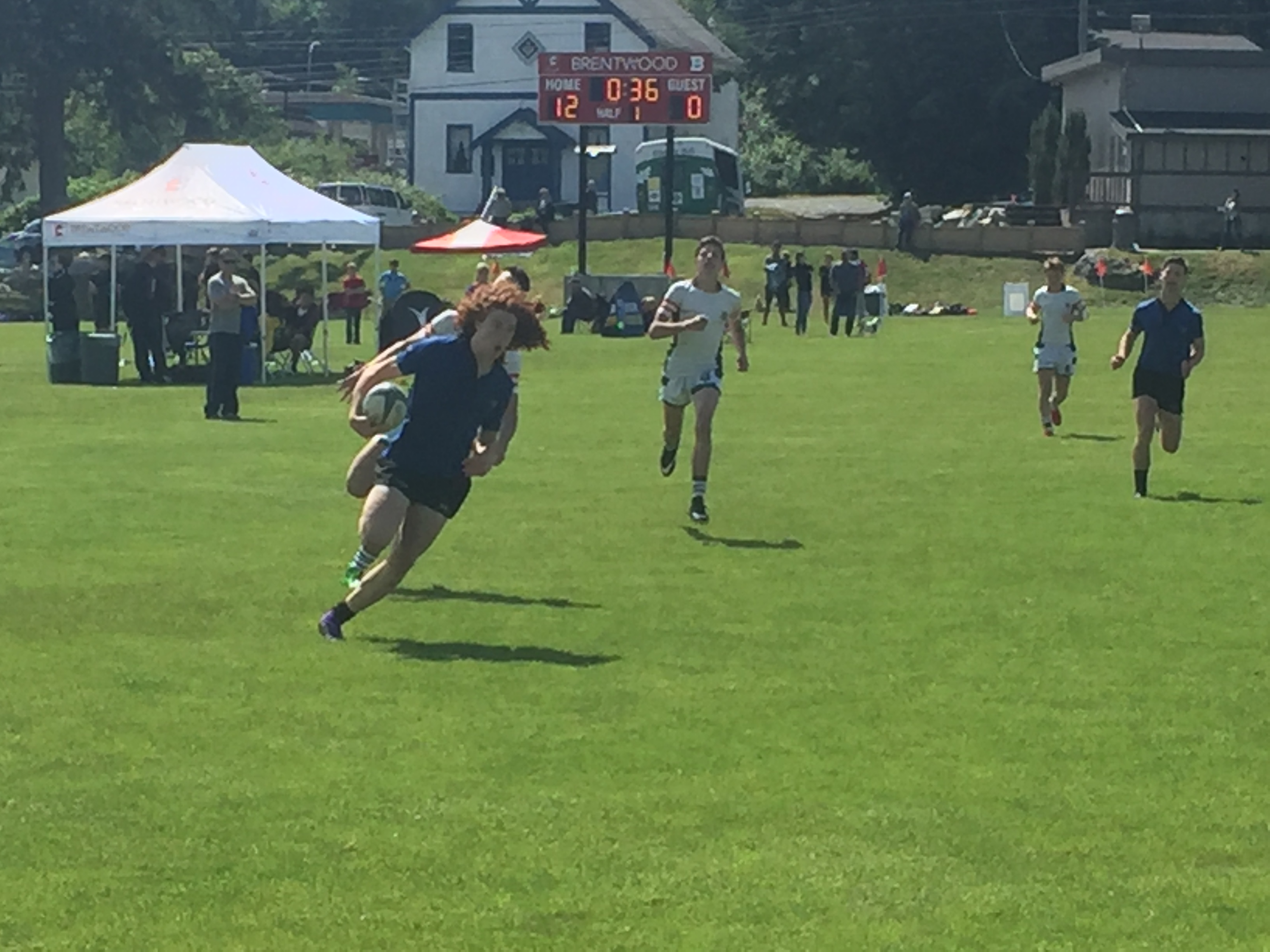 In Tier 2, Reynolds and Esquimalt had an enthralling clash to highlight the local rivalry.  While Esquimalt had to settle as the winners of the Challenge Cup, defeating Sa-Hali, Reynolds progressed to the semifinal, eventually losing the 3rd/4th playoff to a strong performance from Arglye.  The final of Tier 2 was contested by R.E. Mountain and Elphinstone.  To get to this stage was a major achievement for Elphinstone, given their relatively young status in this tournament.  However, R.E. Mountain proved insurmountable, the Langley team remaining unbeaten in every match.  Confident team play was led by scrum half Patrick Cho, who was able to snipe the blindside and set up teammates throughout. 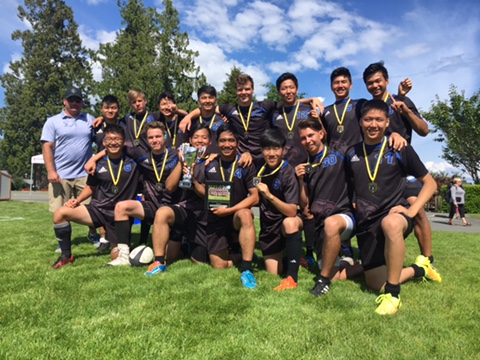 Tier 1 proved exciting as ever, with hosts Brentwood giving a fine account of themselves, Kieran Marrett-Hitch and Santi Guadarrama catching the eyes of onlookers.  There was a bit of an upset in the semi-finals as Oak Bay re-wrote the script and resigned St George’s to the 3rd/4th playoff.  A feat made all the more impressive from a young team, low on numbers. Creative play from Lachlan Kratz and the finishing of Hector Jardine helped guide them to a spot in the final.  Their opponents, Shawnigan Lake, were put under pressure a couple times throughout the tournament by both Brentwood and St. George’s, but responded well.  The focus on their Sevens game over the academic year clearly paying off as they held their nerve.  Ultimately Shawnigan triumphed over Oak Bay in the final, taking the Tier 1 title, but Oak Bay can hold their heads high as they reflect on a tournament to be proud of. 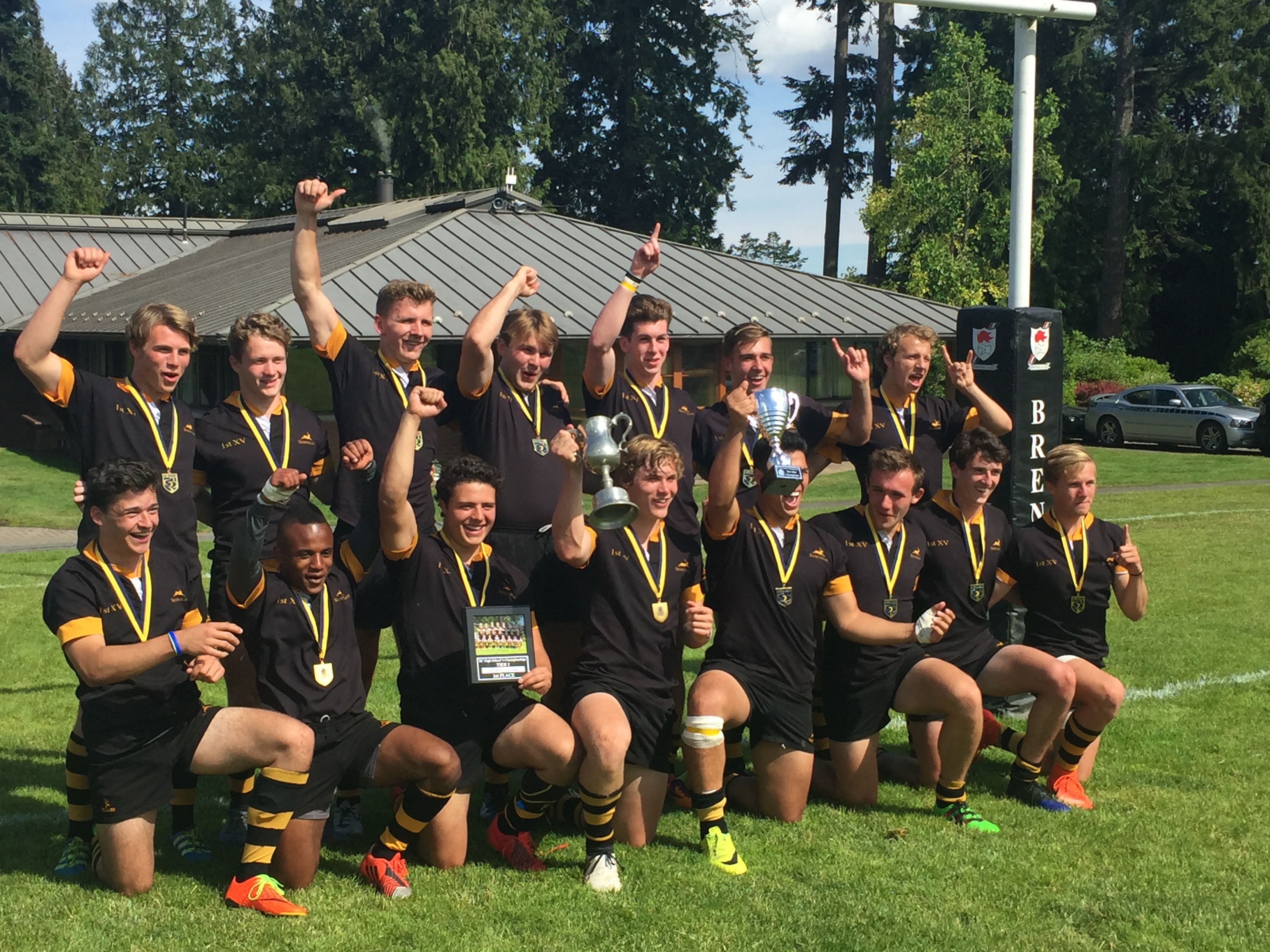 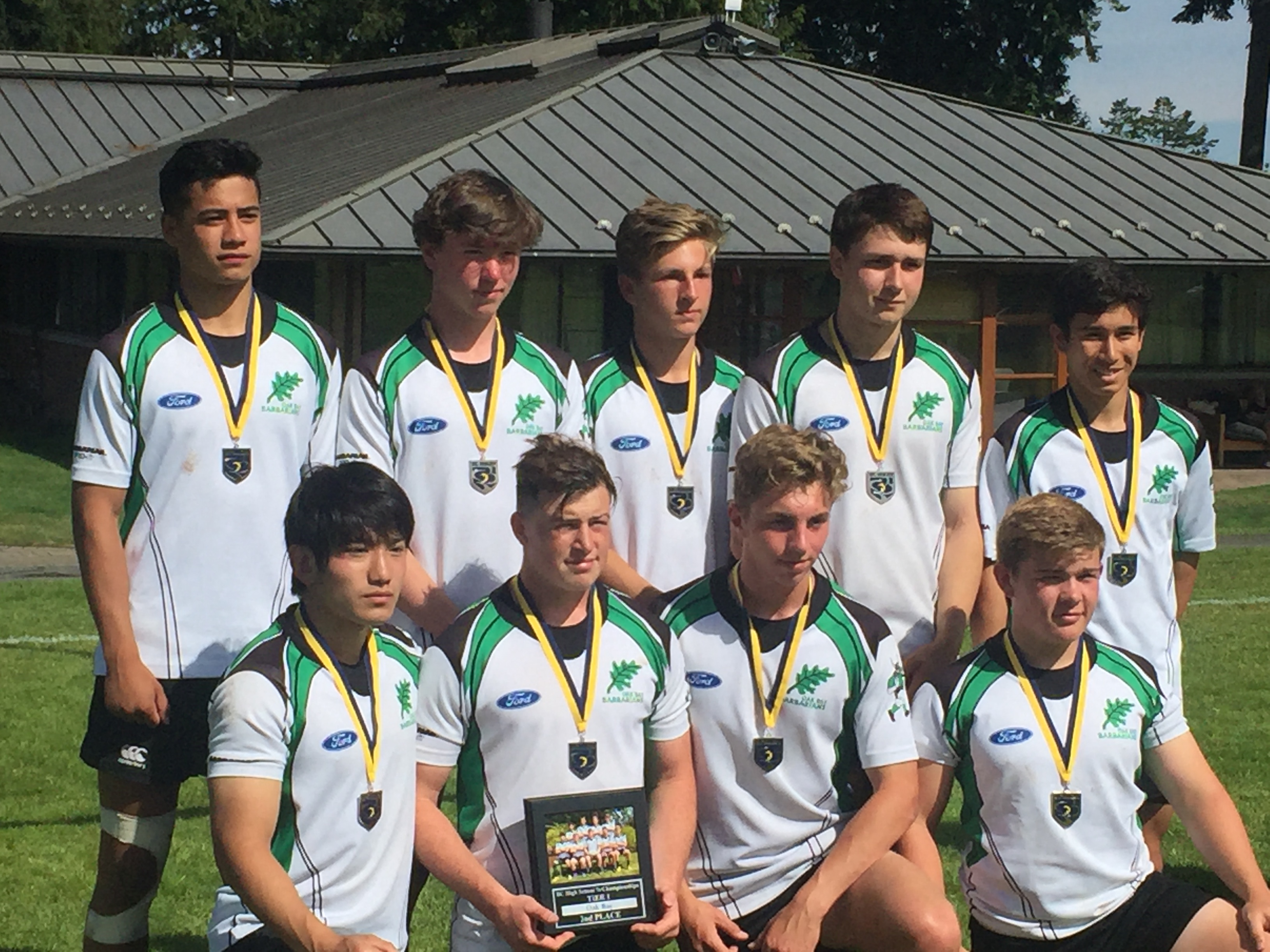 With so many great match-ups across the event, it is clear to see that Sevens rugby is in a very healthy state in BC.  Spurred on by great tournaments like this, along with inspirational results from the national team, hopefully we will see some of these young athletes follow in Luke McCloskey’s footsteps.

BC Rugby would like to extend a very big thank you to all everyone who made the weekend such a triumph.  The players, coaches, officials, support staff, parents and volunteers all deserve recognition for the part they played in such an enjoyable and successful event.  We are already looking forward to next year! 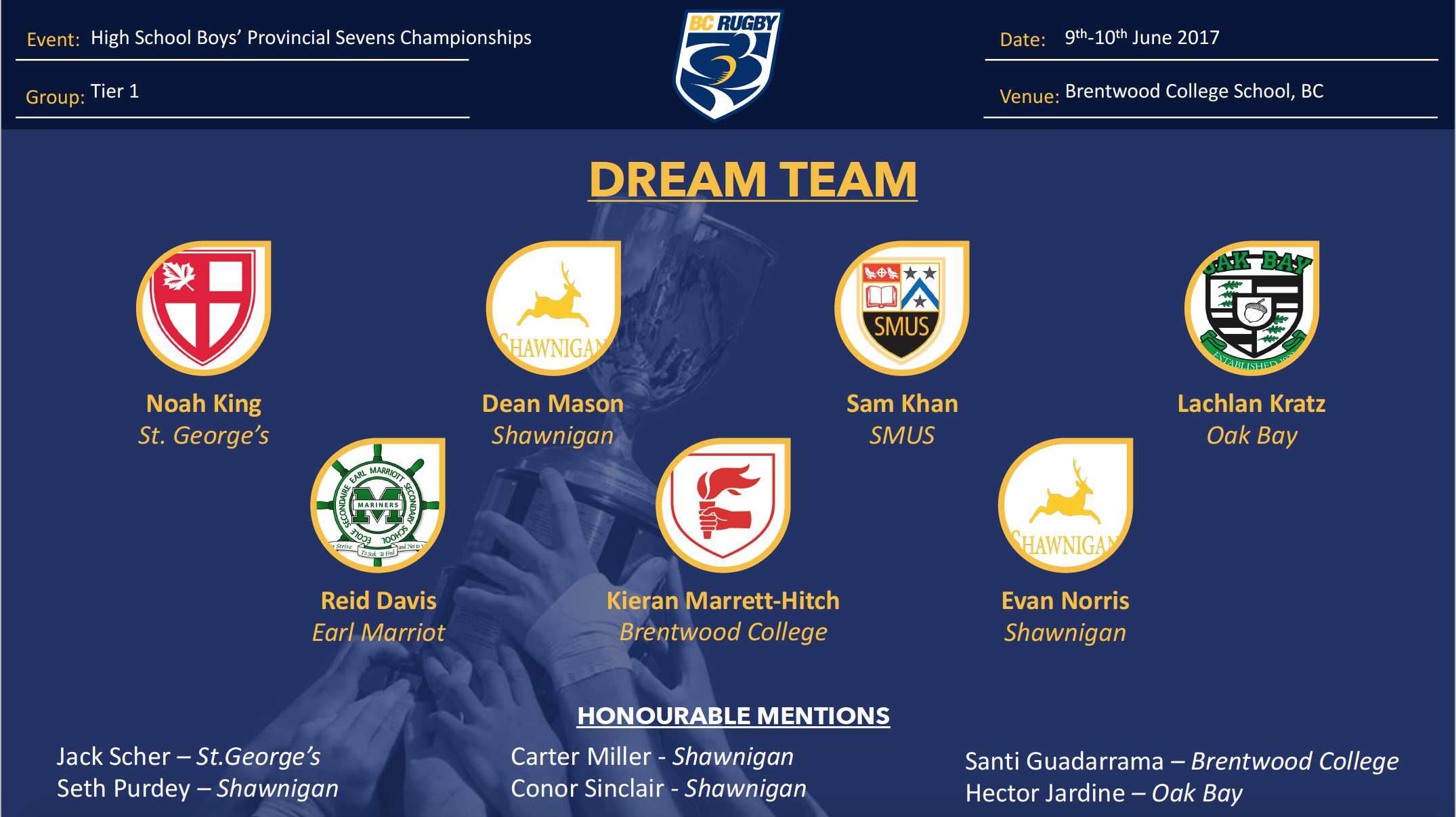 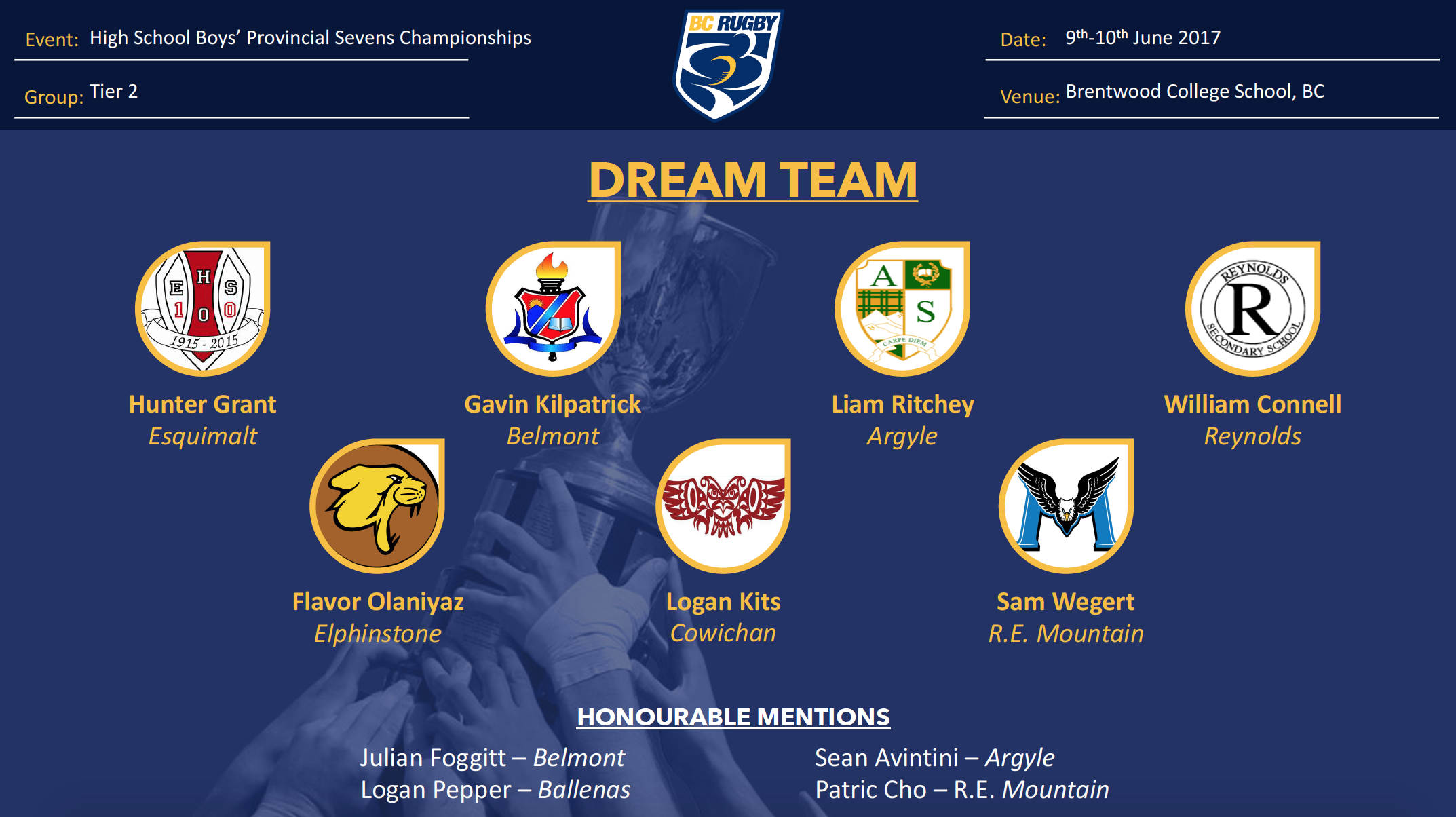